The 8 Modern Myths that Drinking Bourbon………..

Bourbon leaves you with a healthy glow but overuse of the ‘Kentucky chew’ can leave you resembling Popeye. Worse, if your chew results in your teeth chattering this is only attractive if pursuing the Hannibal Lecter look.

I have met many people through our shared love of Bourbon. The issue is not new friends, it is the increased appearance of old friends and family anxious to try your latest quality trade-off not begrudge this as a trade-off for the interesting new people I meet. Not so much friends as co-conspirators on a parallel journey to sourcing new and exciting finds and smuggle them into the house past disapproving partners. I am by nature a promoter if I find a new love I indulge in almost biblical attempts to convert you to join my cult. My enthusiasm makes Charles Manson look like a boy scout recruiter. Drinking buddies gained are balanced by those old friends who desert your cause.

Many are beguiled by the invention of Bourbon by Elijah Craig myth, the Baptist minister who first charred barrels to produce our magic elixir. Those in the know are aware that the was just a convenient myth among so many convenient myths upon which to hang the marketing of the brand launched in the mid 1980’s.

This myth has been replaced by the myth that it was the marketers of Heaven Hill that came up with the Elijah Craig story. Elijah Craig certainly predated the launch of the brand.

A Baptist Minister creating whisky, using an old French charring technique after an accidental fire. The tale more likely dates to the time when the Women’s Christian Temperance Movement of the early 1900’s. Elijah Craig would have been their antithesis and the mischievous distillers of Kentucky could have latched onto the Elijah Craig story just to take the proverbial from these ‘puritanical zealots’.

Craig was well enough known in religious circles to be an iconic figure, sufficiently devout to be arrested for illegal preaching thus synonymous with devotion whilst owning a distillery as a part of his milling and grain operation. The perfect profile around which to build a legend.

Sorry but this is definitely a myth. You may increase your network and meet many interesting people who might give you the odd racing or share tip. I don’t know how much I have spent on Bourbon this year. I don’t know because don’t calculate it. Not knowing is a happier place to be… that and propagating the Bourbon increases your wealth myth is my chosen strategy. Enough hits online and others will further propagate the myth but my wife will never believe it as she works on the how many bottle deliveries have we had this month school of Math.

Is drunk by hipsters

If hipsters even exist anymore they would not define themselves as such. The modern concept of hipsters cast them as a pastiche of the original definition. These beard toting pursuers of craft and trendy alternative products have deteriorated into a modern culture of tattoos, sunglasses and facial hair, the women in leggings and hats. The more bourbon has become more popular by definition it became less hip. Rye arguably may have taken its place and some high rye expressions will make your moustache curl.

Has more flavour profiles than Scotch

Our instant online culture spreads the opinions of the new one time dabbler. Scotch does not taste like Bourbon because it is not Bourbon and vice versa. To rank one above any other comes down purely to personal taste. I love bourbon, rye and scotch. Every distillery, every grain, ever yeast, every barrel produces a different whisky. If you include craft distilleries there are more distilleries, yeast strains and mash bills in Bourbonland. In Scotland there are more major distilleries, currently over 200 each producing a unique taste profile.

Better and worse are subjective, all that matters is which next.

One of the nicest things about Bourbon is that because of the longevity of the last generation of Master Distillers, their lives spanned from Prohibition into the internet age. We can watch interviews with Elmer T Lee and Booker Noe and the continued progress of the Russell clan on You Tube. Elmer Lee died in 2013 at the age of 94, Booker Noe died in 2014 at 75, Jimmy Russel lives on at the age of 83 having spent 60 years at Wild Turkey. Watching these extraordinary men one feels, it is not the Bourbon that gave them longevity but their work ethic and love of life. They live on in the ageing barrels of the Bourbons they created.

What do the words small Batch conjure up in your mind? 10-20-3-50-200 barrels. The chances are whatever your mental model the only mental part is naively buying this spin. I have on separate occasions been told everything from 25 to 200 by different distillers and other enquiries have been met with no response. Small Batch has no legal definition. I imagine that in the more expensive brands it may genuinely be ‘small’ governed by how many samples can be tested at one sitting to reject any not meeting the taste profile or needed to make the taste consistent but it may be me that is being naive. 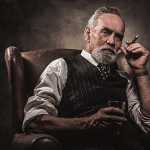 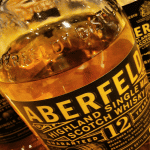