My Ascent from the fires of Peaty Hell to Smoky Nirvana

I now realize that my early whisky drinking was clouded in the mists of ignorance. The mist was especially thick around my enjoyment of peated smoky malts. I did drink and ‘enjoy’ many but never realized what I was missing because of how I drank these.

I loved Bowmore enjoyed the first release Octamore and drank for years many Lagavulin 16 y.o. which was my whisky of choice.

Only when whisky shamen Ralfy Mitchell showed the way did I realize I was drinking these wonders in a wave of tsunami proportioned water to make them palatable to me. I also loudly disliked the strongest of iodine, engine oil and creosote loaded malts, never being one to drink from the sump of my old Mini.

My Islay born friend drank Laphroaig ‘the great outlier’ and he seemed to revel in its wonderful taste. Was enjoying peat and smoke genetic?

A friend described these types of malt as retsina whiskies. Great in the right surroundings and company but rubbish after you took them home.

Leading whisky experts and writers demonstrate a strong preference for peat. Was it just a bias or was there indeed a hidden magic only revealed to some.

I refuse to be defined by sherry or peat. I would be an eclectic whisky drinker enjoying the pleasures of all types, countries, finishes and expressions. To do this I would put in the work no matter how hard or painful.

My start point was to buy a bottle of prize-winning Kilchoman Machir Bay – yeuch (Gaelic for nah this ain’t gonna work) …. it tasted like ashtray swilled out with raw spirit. Again, my Islay friend loved it – it was definitely genetic.

My next approach was to be more gradual. I would learn to taste properly.

In Glenfarclas a dram I love I could detect the toasted effect of the direct fired stills. I at least had a nose and tongue for slight toasting if not the infernos of Peat just yet.

My next epiphany was by drinking and tasting Jonnie Walker Black Label. Suddenly I could taste how the smoke, twisted around the softer sweeter notes to combine with light peat and deliver its wonderful taste.

My next step was to try a more Northern peated malt. Highland Park 12y.o. with its hints of heather and lignin from the heather rich peat of Orkney. This is a whisky I love but I was suddenly tasting its separate elements and loving them and their combination with sweeter notes. Moving west and south, the next stop on my exploration was Skye. Talisker 10y.o. I instantly loved. No, really, I loved it, my palate was changing without a doubt. One key thing I had learnt was that these peaty smoky malts could be ruined with too much water.

A revisit to my Lagavulin 16y.o. standard was my next step. I was stunned. It was simply awesome. How I had wasted this nectar for years was beyond me. I had thought that the seaside tastes would be magnified if drunk neat but what actually had happened was that neat or with no more than a teaspoon of water revealed sweetness, complexity and balance with smoke and peat. This complexity was totally masked with water.

I was now in the final straight and gaining momentum. Ardbeg 10y.o. which I confess I had discarded as truly awful in my youth, now revealed the extraordinary quality it had hidden from me before. It seemed with every new malt I was discovering my new favourite dram.

March 26th 2017 was the big day – Laphroaig 10y.o. many drinkers favourite including allegedly Prince Charles. The day I have been developing my palate for. Amongst Scotch whiskies, it is in many people’s opinion the outlier in terms of smokiness, peat reek and iodine, creosote, engine oil and seashore. My calculation was that when I could drink and enjoy Laphroaig my palate would be conditioned to taste, savour and enjoy any malt.

At the end of the Mother’s Day meal, I had a Singleton of Glen Ord, a 15y.o. A Highland masterpiece which I love. The family came home, well lubricated and sat in the March sun. It was chilly but bright and I went for it, a quarter-gill of the waiting Laphroaig. I added a half a teaspoon of water and faced my old adversary, who had been sulking unopened at the rear of my whisky collection for two or three years, frightened of drowning I suspect.

An hour later I was on my second and completely immersed in the experience. Mission accomplished and now one of my favourite drams. I could distinguish the odour and taste of Islay the spices and sweetness of the spirit and the cask notes.

With hindsight, I think it was a lack of familiarity with the taste and more than anything my habit of overwatering my whisky

I now enter a world of further exploration with awe and have already enjoyed an awesome single cask Ardbeg. Join me in this world and do please let me know how you get on. 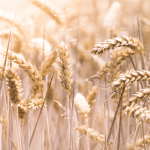 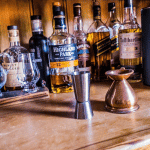 The Measures of a ManEditorial