It is no secret that this year has seen me drinking mainly batch strength expressions which I believe currently is a sweet spot in Scotch whisky production.   These new expressions are offering much more than the previous high ABV expressions offered, more flavour more depth and more complexity and better value in some cases.

A leader in the field of Batch Strength offerings is Glengoyne who now release Batch 7 at 58.9% ABV which of course I am delighted to review, having only just finished my Batch 4 which I greatly enjoyed.

Batch 7 appears slightly darker , what wonders might this predict?

The Nose is quite different a bit closed with a hint of sherry wood, walnut, leather stewed plums and dark chocolate.

I move to the Palate which offers caramelised sugar, dates, red grape, raisins, nutmeg, cinnamon.  A depth and complexity I enjoy, developing slowly.

The Nose, as before but also, cocoa, marzipan, banana closed initially but it is slowly developing in the glass into something quite special.

I take a sip to see what the water has delivered on the Palate:   Wow!

With and without water two quite different experiences the ‘I only drink whisky neat’ brigade would have missed this explosion of flavour. I suspect a mix of different ages in the batch, at times I thought of Bourbon barrels with the younger spirit taking more sweetness and spice from the wood, balanced with darker typical sherried flavour that tasted more mature.

These Batch Strength expressions are improving every time. This is a whisky for the fans.  Sherry cask batch strength expressions generally take water well so are well priced and provide a flavour premium akin to older age statements, at a more economical price and with a good kick! There are a good dozen to try but some of the older ones which were previously popular have been left behind now because of better spirit and better casks and apparently better blending.

The Glengoyne Batch 7 is an absolute cracker, I spent 2 hours slowly savouring a 25ml dram, it was so complex and I highly recommend that you try this.  I will probably update this review over time.  I want to leave it to settle longer in the glass to see if it opens up more initially.

Revision: As promised I have done a further tasting and revision of my review. I did it alongside the Batch 4. Generally, my nosing and tasting confirmed what the original review detected. This is a tremendous whisky, with longer to rest it performed much the same. The Nose with water continues to be a little closed but did slowly reveal its treasures. On this occasion towards the end of my tasting a glorious anise (aniseed) aroma and flavour emerged. I really loved this!

In general for my taste Batch 7 was better than Batch 4 but these demonstrated great similarity albeit the 4 had a more open nose. Both are great whiskies. The 7 gave great spices the 4 great depth of flavour. the 4 might have a broader market appeal the 7 takes patience and perseverance. I am always careful about being definitive as preference is a matter of personal taste. I would recommend both of these without hesitation and I will continue to buy both. I can’t wait for Batch 8! 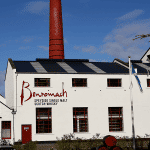 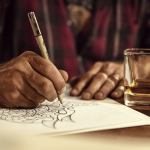 A Bite in the TailUncategorized