Delighted to open my Drinks by the Dram bourbon advent calendar and find Michters U.S. #1 behind the first window. There is a buzz in the UK and elsewhere around this bourbon. It is quite different from the huge toffee, vanilla sweet bourbons, despite its high corn content with its more savoury notes a more complex whiskey that takes a bit of work to get the most out of but pays rewards for those that do.

Michter’s was founded in 1753 by John Shenk, a Swiss farmer, in Schaefferstown, Pennsylvania making it debatably the oldest distillery. In its early days, Shenk’s produced rye, the local crop in the Pennsylvania Blue Mountain Valley.
This rye reputedly was

The whiskey that warmed the American Revolution

After closure due to Prohibition, it changed hands several times and was frequently in financial difficulty. During the 1950s, Lou Forman created the modern Michter’s brand name combining portions of his sons’ names – Michael and Peter. In 1989, Michter’s declared bankruptcy and abandoned the premises, leaving its Pennsylvania operations in disrepair and the Michter’s name was revived by two whiskey lovers with an abiding admiration for the old Michter’s legacy and quality. The Distillery is now based in Shively, Louisville, Kentucky.

Michters is currently well served with its Distilling expertise as Willie Pratt is the master distiller and Pamela Heilmann, formerly a distiller at Jim Beam’s Booker Noe Distillery in Boston is the company’s vice president of operations.

There are several factors I attribute to influencing this distinctive bourbon.

Michters describe this as thoroughly and properly dried, sometimes for as long as 18-36 months, in order to enhance the natural properties of the wood which allow for better flavor and to reduce the levels of tannin imparted to the whiskey. The wood to my taste has more toasted notes than most.

I detect notes derived from exposure to copper; The distillery uses two of its small pot stills and a custom-built 32 inch diameter, 46 foot high copper column still . They use both a thumper and a distinctive copper pot doubler.

The whisky is made in very small batches, usually no more than 24 barrels. The use of lower 103 proof level (not 125) allows for the concentrated sugars in the toasted and charred wood to dissolve more readily into the distillate as it cycles in and out of the barrel. Even though the lower entry proof yields fewer bottles per barrel, Michters believe the richer flavor justifies this.

Michters are known for the use of multiple filtration methods.

Colour; Darker than Amber with an inviting golden glow.

Nose; Powerful, floral and fruity maybe pears with hints of toasting. The wood is evident giving, caramel, vanilla and herbal. Notes I picked up rubber from the stills something more bitter and burnt but adding an interesting complexity.

Body; Quite full-bodied with depth of flavor a smooth creamy mouthfeel with sustained complexity

The mash bill is quoted by others as; 79 percent corn, 11 percent rye, 10 percent malted barley.

For me, I would describe this as the Clynelish of Bourbons, this batch more savoury than sweet, complex burnt slightly bitter and sour.

I loved this Bourbon and enjoyed its greater complexity and variety of deep flavour. 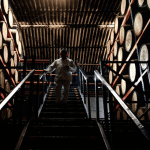 Under the Spell of the EnchantressReviews 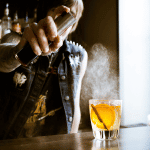