When I was thinking out my spirit review of 2017, I had a section called the biggest surprises of my year. I identified two big surprises. The first was the considerable quality of the blended whiskies I enjoyed. There were whiskies from lesser-known Scottish, Bourbon and Irish Distilleries. I loved the Wemyss blended whiskies the Treacle Chest and Spice King both surprised me with their quality taste and complexity. Both make exceptional mixers especially the Spice King which delivered an exceptional Old Fashioned, the best I have ever tasted.

The Irish blend was from the talented Walsh Distillery where both the Irishman and Writers Tears blends of copper pot stills and copper column stills were really great. As for the Bourbon blended whisky. My top choice was Noahs Mill from Willet but there were many blended whiskies which I loved courtesy of my Bourbon Advent Calendar. Many Bourbon blends offer much more flavour than their single competitors.

My second big surprise was the quality of sipping Rums. I have tended to enjoy rum in cocktails. I have drunk mainly white rums, Mohitos on the roof bar of a Havana Hotel where Hemmingway lived and Daiquiris I drank in Floriditas.

Now in a recent tweet tasting my two big surprises combined to deliver one of my most enjoyable ever tastings in the form of the Mount Gay Rum tasting for the launch of the 1703 Master Select Rum 2017 edition.

Mount Gay is the oldest distillery in the world producing quality rum for over 300 years. Fermentation is completed outdoors taking 30-36 hours. The water comes from limestone filtered supply, maturation is in charred American Oak barrels. The stills are a mixer of traditional copper pot stills and copper columns stills. Mount Gay is rightly celebrated for its exceptional blending by its master distillers. 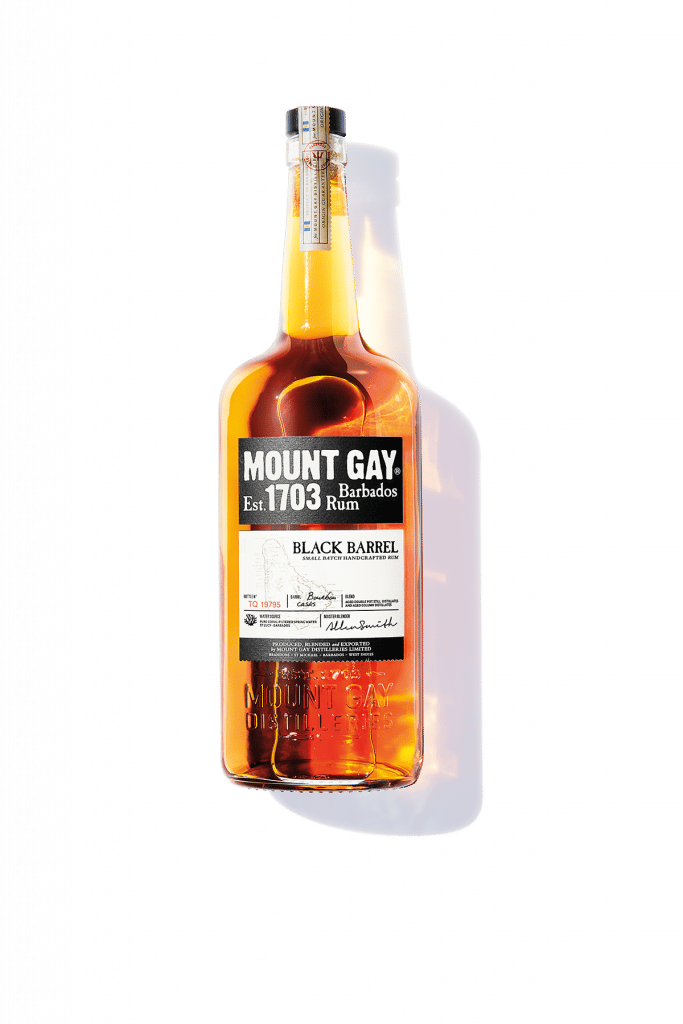 The first up was their Black Barrel rum. A spicy marvel I always imagined designed as a mixer. As a sipping rum, it was really great, Its aroma was spicy and floral with a strong hint of fruit – banana, I think. It had sweet caramel notes. On the palate, I was getting oak, caramel, vanilla tropical flowers, tobacco and cinnamon. It chewed beautifully. What a great rum. I had totally underestimated it largely due to its reasonable cost so will be buying a bottle for my shelf. It does make a great base for Old Fashioned or Dark and Stormy and would not be overwhelmed by any mixer, but I will mostly sip it to explore its endless complexity and variety of spices. 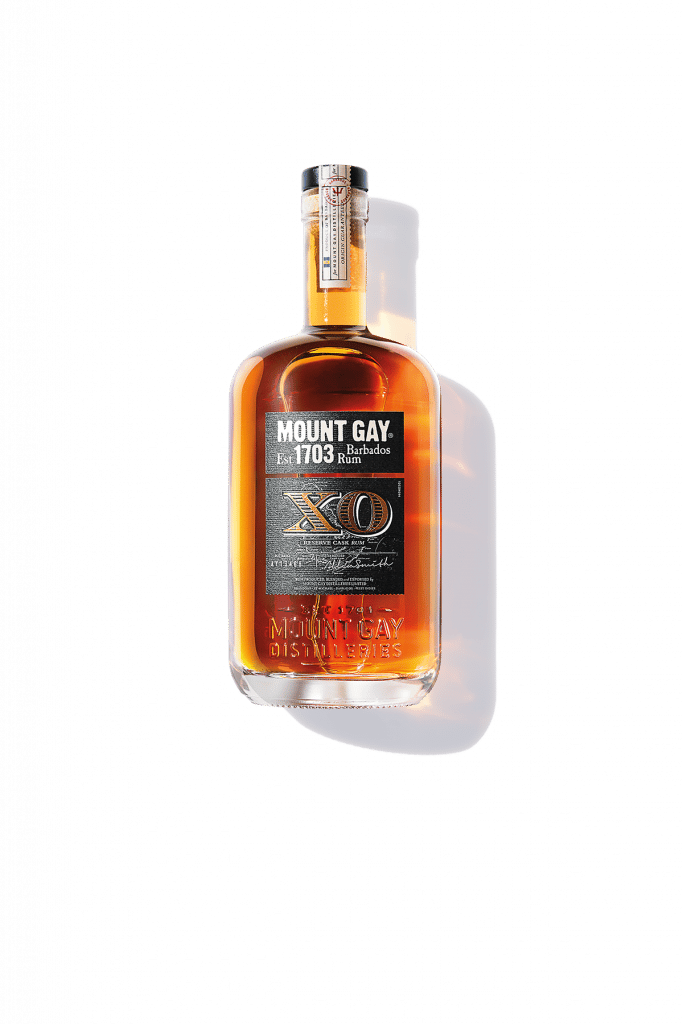 Next up was the XO many peoples benchmark for sipping rum. A beautifully balanced mainly copper pot still blend of 8-15-year-old rums. On the nose huge orange zest followed by fragrantly floral notes with a bit more fruit maybe toasted pineapple. What great aromas, I love this Rum. The Palate is treacle, oak and vanilla lots of spice; ginger cinnamon more orange liquorice lovely complexity lots of breadth and depth. The XO is readily available and well priced for such a great sipping rum. This is a Rum I keep on my shelf at home to introduce my friends to sipping rum. 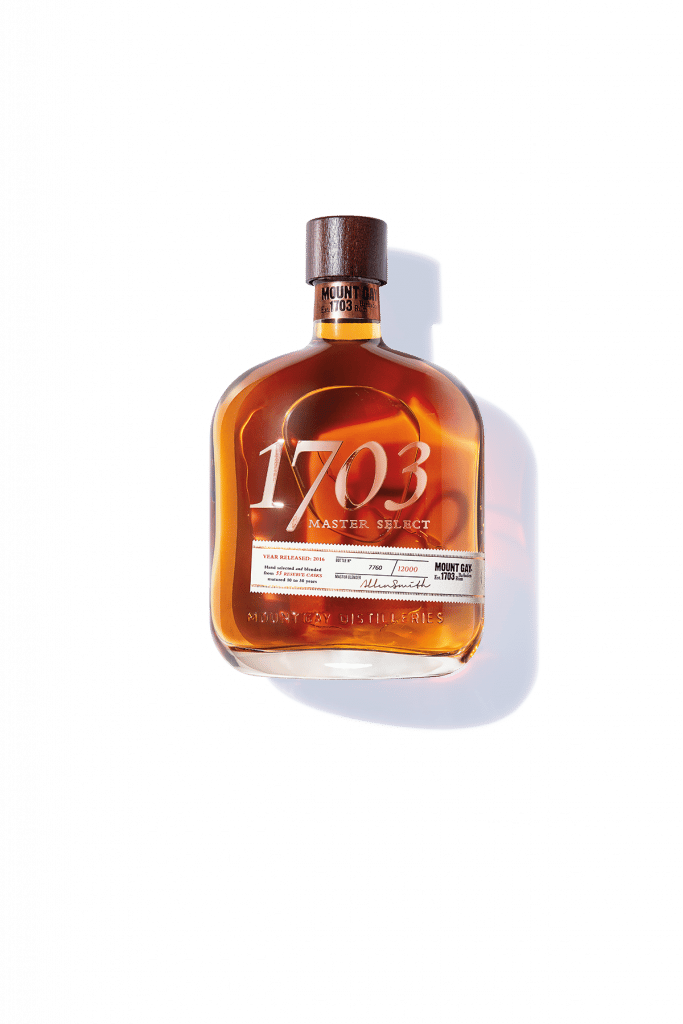 Finally, I was fortunate to taste the 1703 Master Select 2016 edition. Wow! What a great rum. First impressions are age and maturity over sweetness. The nose has hints of acetone polish liquorice. oak, and caramel. A full bodied broad rum a with endless complexity. The palate is absolutely gorgeous. Honeycomb, banana, apricot, hazelnut, tannins, wood, tobacco and leather classic flavours of age with a lighter layer blended in so well. The spicy hit is cinnamon and nutmeg. Such a balanced rum opening even more with time buttery and smooth with spice with a single drop of water. A hit of scone and clotted cream. It remains in my mouth forever as more layers of complexity emerge. A single glass could last me an hour such are the mysteries evolving from this rum.

Finally. Blended from 55 separate barrels of rum aged up to 30 years old it is Mount Gay’s new release. The 1703 Master Select 2017 version. I am immediately struck by how different it is from the 2016. Different much more complex not necessarily better but it has a lovely light floral fruity layer sitting above the complexity of its long maturation.

Appropriately pancakes, maple syrup and fruit; pineapple, pear, banana just in time for Pancake Tuesday which is today! Just a hint of coconut and linseed oil that is amazing.

The Master Select editions only produce about 12,000 bottles a year so you have to be quick to catch one of these but they are well worth searching for. The balance, layering and bending is a triumph for Allen Smith the Master Blender at Mount Gay.

For lovers of great spirits, Mount Gay offer some of the best rum around. They can be sipped, drunk over ice or as the base of a great cocktail, however you wish. They can be sipped slowly in the evening alone as the sun sets or mixed as the base of a party cocktail drunk to the sound of great music. There is something about these that exhibits classy elegance but also the exuberance of any celebration. 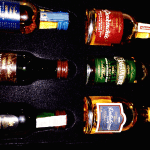 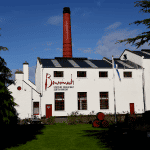