For my taste 2018 was characterised by Scotch Whisky really upping its game across the board. In previous year I have highlighted some wonderful blended whisky from the United States, Ireland , and elsewhere along with great unique Japanese whisky. I also noted the emergence of Rum into the premier spirit fans awareness, to a much greater extent than previous years.

This year I have tasted so many excellent single malt whiskies albeit at a greatly increased price than before. My daily drinking £25 specials are only rarely purchasable at these types of price most standards are now in the £30 plus range and the better now hitting above £40. Whisky is fast becoming a luxury product outwith the reach of the ‘average man’. Or indeed woman another very healthy trend in whisky drinking, knowledge and professional competence which are of the highest standards. The price increases are so much against the ethos of whisky it is regrettable. Sadly it is largely tax driven and of demand in the age statement expressions. I used to be able to drink 25 year old Macallan without batting an eyelid not now. I am content farmers and distilleries get a bigger share but I fear where this might be heading. Whisky enjoyment ought be ubiquitous.and not for a select few.

For much of this year I thought that Foursquare 2005 Exceptional Barrel Rum was going to be my spirit of the year, but toward the end several other contesters appeared.

The emergence of more interesting Scotch has been led by exceptional single barrels from distilleries and independents. A big hand must go particularly to The Boutique-y Whisky company who have delivered us some great whisky and of course to Gordon and MacPhail who continue to provide a well priced alternative source of great whisky. I give these two particular credit but could as easily have listed a dozen other independents. Hepburn’s Choice released one of my big favourites this year.

From the distilleries I would particularly mention Deanston, Aberfeldy, GlenAllachie, Fettercairn, Glen Moray, Tamdhu , Benromach and Caol Ila who continue to deliver new and well finished whisky. Lots of these Distilleries are amongst the less well known I would suggest. Fans of course with justification continue to flock to Glenfiddich, Talisker, Lagavulin, Jura and Glenlivet. All of these continue to produce quality scotch and many interesting expressions. I could as easily have mentioned any other of 50 distilleries. I hardly had a dram from Scotland that I was in any way disappointed in this year. I have to say there were a very few drams from outside Scotland that did disappoint but again there were many I loved, Starward from Australia was a particularly lovely dram.

Bunnahabhain right at the start of the year delivered The Moine Brandy cask finished 2005 was my whisky of the year 2017. Deanston also from the Distell stable delivered firstly the 2008 red wine finished whisky and then the 2008 Brandy finished 8 year old. Undoubtedly the younger finishes are exceptional across the board and the Boutique-y 6 year old Caol Ila was one of my favourites. I also have an exceptional Hepburn’s Choice Fertercairn a 2008 9 year old which fabulously showcases the unique water showered still expression spirit led and exceptionally crisp and flavourful.

For many of us who are regular tasters Glen Moray holds a special place. Their whiskies are exceptionally well crafted and ever well priced. Their peated finish being for me the whisky my friends have most enjoyed. Their single cask distillery specials are well chosen. Everybody who follows whisky on Social Media knows Graham, the Master Distiller, his wife Fay and of course Iain and Emma from the Visitors Centre. They lead in an industry trend that is increasingly Social Media savvy, another emerging trend in 2018 with huge plaudits to Steve Rush, The Whisky Wire as and Tweet Tastings as he approaches his 150th event.

Aberfeldy one of my favourite distilleries also has delivered an improved quality range across the 12 16 and 21 yer old. They distillery cask specials are again amongst the best whisky and it has a great Visitors Centre in some lovely countryside.

Now I must commit to listing my favourite spirits of the year. This is difficult this year so many lovely drams. My list is based on taste, quality and complexity but I also include value in my rating, £100 is my limit (not strictly applied).

I am not going to give an order, my opinion changes too often.

Of course, regarding the distillery specials, once it is all bought a new cask is chosen. There are distilleries I trust to consistently chose great casks. Glen Moray, Tamdhu, Benromach and Aberfeldy stand apart and are consistently fabulous.

Just missing a place purely on its price was the

Fettercairn 40 year old – not included because of price £3000! An exceptional whisky brilliantly produced so that the cask influence delivers flavour but does not oveyrwhealm the spirit.

I would have include the Fettercairn 50 year old which was undoubtedly the most expensive whisky I tasted this year at £10k a bottle for the superrich a fabulous dram. For those like me with limited budget I would buy the Hepburns Choice 9 year old. Writers Tears was my favourite Irish Whisky and a bottle of Straight from the Cask Blantons my best Bourbon beating a well crafted Noahs Creek which demonstrated what fantastic blending can deliver were my top American Whiskies.

The blended whiskies have also seen a resurgence with some different expressions.

For my taste Johnnie Walker Black label continues to be the benchmark, but for me the Double Black is my go to blend. I am impressed with how Chivas Regal 12 year old continues its consistent fruity blend. I love the new Grants triple wood range, the rum cask was great but of course my taste is the smoky version. As prices rise it is good to see shippable quality value blends on the rise. For 2019 I am looking carefully at Cutty Sark now under Glen Morays care emerge as the serious contender. so my best blen is the Grants Triple Wood Smoky, but I hsve not tasted that many blends this year.

Most distilleries are facing pressure on older stocks to include in their single malts. I spoke to one well known Master Distiller about comparing the differences in older versions of a famous 12 year old. He confessed that if I bought his 12 year old now – which I regularly do – it contained almost exclusively 12 year old whisky. It is good to see some malts with the stocks to blend older whisky in. It is a guess but I think that both Glenallachie, Glengoyne, Tandu and Benromach are in that group. Others move either to releasing younger expressions most of which are exceptional. I love the predominant spirit notes enhanced by good casks. Others have chosen to go down the NAS route which has also seen some great whiskies released. Uigedail remains my number one example of this. Others are great with Talisker and Laphroig producing some lovely expressions along with Highland Park.

It is difficult to compare some NAS with core Range whisky as so many of the names simply mean nothing. What should I buy seems largely determined by price, blogger reviews and recommendations. A recent scan of the travel retail offering left me completely bemused. I have not tasted the vast majority but am sure there are some great whiskies there if mainly overpriced!. Those I have tasted include Highland Park and Jura which are great for their price.

I still have many Bourbons and Rums, Cognac and Armagnacs to taste.

My top Cognac in 2018 was the Martel Cordon Bleu only equalled by their core range XO which remains unsurpassed. The Hennessy Fine is my go to value Cognac, sometime sold as an VSOP which it is not. If you want great drinking VSOP and VS the Martell range are great. There are lots of lovely XO’s from the smaller Houses and exploring these ought to be a spirit drinkers priority. I remember a Delmain Pale and Dry which was simply great and highly recommended. There are some fabulous Armagnacs around as well – I just cant find the time to taste them all or even the Tequilas another expanding market.

For those who persevered to read this far I have a number of exciting projects I am working on for next year. No launch dates or announcements yet but they include:

I will be lucky to complete even one of these. I have resolved to take things easy and savour ever drip in 2019.

I look forward to 2019 with both excitement and trepidation. Prices will continue to rise I suspect forcing me into a greatly reduced drinking experience with even more focus on Independents. I look forward to enjoying more blends.

Most of all, I look forward to spending time with you and chatting digitally or in person. Thank you for your support this year. 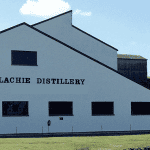 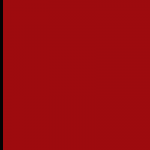