Questioner – ‘How would you compare Scotch and Bourbon’?

‘They are incomparable’.
– Pappy Van Winkle

I recently read a forum thread on this question. Of course, the views were many and varied and everyone is entitled to their own opinion. Whilst some had sound constructive suggestions, the majority listed Scotch they did not enjoy although most of these contributors did not appear to have persisted or worked on developing their palette.

Some suggested the whiskies I list below, while others immediately loved Islay malts. Others hated all Scotch.

When I first tried them I did not like peated malts and I did not like rye but I refused to close my mind to these as there were clearly others who adored both.

I have my original post which sought to answer the question as posed. I have put it italics because frankly I now think that this is entirely the wrong approach.

What is important perhaps is experiencing new and different flavours not seeking to replicate the same experience again. Bourbon is bourbon, scotch is scotch. As Pappy said they are incomparable.

Getting the most out of any spirit group takes time, learning and perseverance.

Imagine having to practice drinking! You need to train!

The first year that I began to appreciate scotch, Speyside was most accessible to my taste. I tasted over 200 whiskies from all regions. Nothing compared to the true experts and fans. It took a long time to educate my palette to love Islay with a passion. The journey was worth it in every respect. I really get pleasure from every dram I sip.

Bourbon was the same. It was an easier trip, starting sweet and progressing to more savoury mash bills but after 20-30 pours I was getting so much more out of my Bourbon experience. Rye was tougher but by adopting the same approach as I had for peated scotch, I got there in the end. Rye is now my favourite type of American whiskey. A close second to Islay. I still enjoy both bourbon and other Scottish regions.

It is the variety that matters, not looking for the same experience in a different spirit immediately. By rotating your pours you develop your palate and keep it constantly refreshed so that you can enjoy new flavour sensations.

Now I will show what I originally wrote in italics because it is patent nonsense!

“You love your Bourbon but hear that Scotch whisky might be interesting. What whisky might you try to find out? I suggest here a few Scotch Whiskies you might try and might appeal to Bourbon drinkers.

Many Scotch Whiskies are matured in used Bourbon casks, producing those familiar sweet vanilla and toffee notes. The others matured in sherry casks are also sweet but have more raisin and fruitcake notes.

I would try Cardhu, the best selling Scottish malt in the U.S., It is a sweet, toffee tasting pleasure.

Next try a Glenfarclas 15-year-old. This by anyone’s standard is a really great whisky, matured in a sherry cask. Lastly, move to the Cask Strength Aberlour A’Bunadh a truly awesome scotch offering full flavour and great value.

A more subtle route might be to start with Cragganmore, move to Balvennie Double Wood, next try the Dalmore 18. Dalmore seems to go really well in the States and finish on a Glenfarclas 25 year old (or which ever Macallan fits your budget)”.

Once your palette is developed I suggest that you try Glengoyne 21, clynelish 14 and Ardbeg Uigedail to complete your Scotch exploration. These are more challenging whiskies but are truly worth the effort.

If you have made this journey which Whiskies helped you on your way? Which would you suggest? 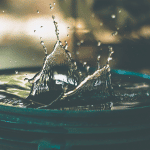 How should I drink my whisky?Editorial

The 8 Modern Myths that Drinking Bourbon………..Editorial