Under the Spell of the Enchantress

LaHechicera is Spanish for Enchantress and an award-winning Columbian Rum. Scores out of 2 each and 8 total are for the solera expression. 6 is a good score, read my scoring system under About

I do enjoy a good tweet tasting. Last night I had the pleasure of tasting the LaHechicera Rum. This in its 12-year-old form or the Solera expression I would describe as sipping Rums, although no denying it would be a great cocktail mixer. My Rum exploration up to now has been predominantly cocktail based in Daiquiris in Floridita, Cale Obispo, Havana and Mojitos in Cuba and elsewhere in South America. My wife makes a mean one. Her claim to fame is the first female bartender in the Cavalry Bar in the Hyde Park Hotel, now the Mandarin Oriental.

I learn a great deal from tweet tastings and last night was a great example designed to demonstrate the development of this rum from still to bottle.

This was enhanced by the presence of the founders, Miguel and Lara Riascos, the 3rd generation of this privately owned family run business along with Stephanie Jordan LaHechicera Global Sales and Advocacy Manager.

The owners were transparent and open answering every question put to them completely. This helped to explain the details of the process and the company ethos and brand.

The integrity of this characterised in the brand messaging;

From the barrel to the bottle with nothing in between

LaHechicera is made using the Solera process blending different barrels from 12 – 21 years old.

The first spirit tasted was the Neutro at 96% a highly distilled spirit. I expected to be hit by a wave of methanol but intact this was a pleasant experience once tempered with a little water.

The nose was floral and fruity. It was subtle almost herbal with notes of pineapple.

The second spirit tasted was the Tafia at 93% only marginally less alcohol with less distillation it offered a very different tasting experience.

Not as light and floral as the Neutro but holding all the flavours which would dev, lop into mature rum;

On the nose, I got shoe polish and dates. Once water was added there were more complex dark fruit notes quite vegetal notes from the high levels of coginers and some chocolate with a strong sour finish like olives.

We need a flavour base to kick off ageing in the barrel. With time, those compounds will interact with the wood and the atmosphere and vastly intensify to make Hechicera Rum.

They mentioned that they don’t distill at Casa Santa but source top quality cane distillates throughout South America and the Caribbean.

At a powerful 66% the nose was banana prune syrup damp vegetation subtle with oak. It was obvious how the American White Oak had moderated the coginers and intensified the flavours.

It was smooth in the mouth with subtle flavour of rollos, caramel and chocolate with some coffee notes still slightly sour on the tongue with a pickled gherkin taste.

Next we tasted the 6 year old at 66% the nose was caramel, slightly grassy with dates hints of orange peel and a slight salty note.

On the palette caramel with more fruit possibly pear papaya wood and vanilla from the barrel starting to come through but now with a bit more peppery spice and smokiness.

Reply
At 6 years there is much more evidence of the wood modifying the flavour and adding familiar bourbon barrel notes.

I enjoy my spirits at 50% The powerful nose shows dates stewed fruit honeycomb everything nicely layered but pulling in the same direction. There is still fruit, baked bananas and some citrus hints.

The palate has more of the same matching the nose. The finish now long and dry with substantial barrel influence some leather, coffee turning to sweetness of dark fruit, dates and toffee apples.
Retweet

This is a great warming rum with a complexity that would pleasantly unravel over an evening watching the setting sun. Many tasters chose this expression as their favourite. 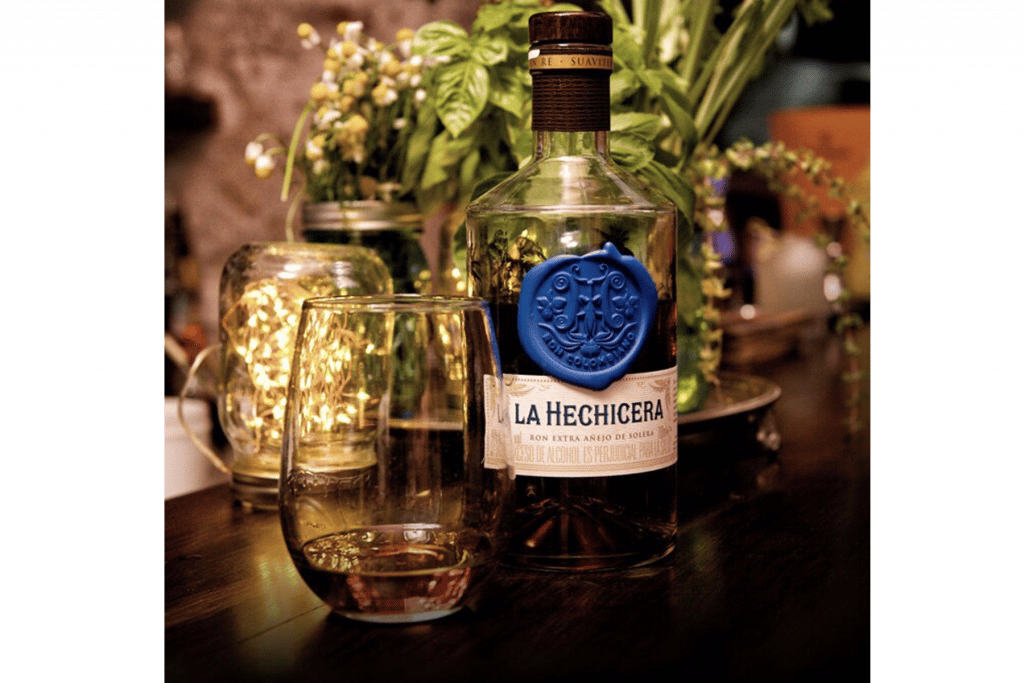 Finally, we tasted LaHechicera itself, bottled at 40% which for my taste was a bit low. The nose had everything I have mentioned before toffee crisp, dates and prune juice, orange peel and chocolate. The oak had worked its magic and mellowed out the last of the vegetal flavour. On the palette toffee, vanilla, raisins balancing oak and more subtly fruits orange and stewed fruit hints of walnut and nutmeg balanced and full-bodied. I enjoyed every sip.

Rum should be dry, like any fine whisky or Cognac. Sugar from cane is metabolized into ethanol, carbon dioxide and heat during fermentation. Whatever residual sucrose remains is left behind during distillation.

In my view LaHechiicera is elegant and full-bodied. A great authentic product. The ‘enchantress’ reflecting its origins in beautiful Colombia where it is already an award-winning best-seller.

In the UK it sells through outlets like Harrods, Marks and Spencer and the online stores like The Whisky Exchange.

If you are a fan of quality spirit, this deserves a place on your spirit shelf. A great sipping rum in the top flight.

It is no time since rum was held suspiciously due to added sugar and flavouring and dubious age claims. This is an honest, authentic quality product.As the founders themselves said:

It shouldn’t surprise anyone that one can make top quality rum without the need of adding any sugar, glycerine or foreign substances. Unfortunately, these practices have become too common. At #LaHechiceraRum we think it is key for consumers to fully understand how real flavours develop over time. That way it is easier to point out the fakers and their rather ‘creative’ blends.

I loved this rum and the ethos of the brand. 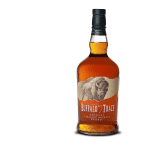