Walsh – the Irish for Whiskey

The world of whisky has never been larger nor expanding so rapidly.  When someone says ‘I only drink – Scotch, Bourbon’ (substitute any preference),it makes me smile.  Take scotch as an example – there are well over 100 distilleries many producing up to 20 different expressions along with blends, independents and more at a guess means maybe 1000 plus whiskies constitute ‘scotch’.  Now our biased individual has not only claimed that these all meet his taste but they have excluded, Irish and American Whiskey, French, Swedish, German,Dutch, Belgian Japanese, Australian, Indian, Korean, and not to omit many excellent English and Welsh Whiskies and I have certainly missed more than a few.

Of course our ‘expert’ will have views on all of these.  Take Irish, the whiskey that but for curiosities of the Prohibition era might have dominated the world today.  No doubt he might have once tasted a Jamesons, Bushmills or similar and taken a view.

My point is that in a world of 4,000+ whiskies, they are all individual.  They are made by dedicated craftsmen and women with a deep passion for their spirit.  Whisky or whiskey is not a generic product it is a group of very distinct and different sensory experiences. Ireland is not only Jamesons any more than Scotland is only Johnnie Walker!  Indeed Ireland is enjoying a resurgence with some exceptional and innovative whiskies.

Putting prejudice aside there are some extraordinarily good premium quality whiskies appearing in every corner of the world.  I enjoy bringing the best and most interesting of these to my followers.

When a Walsh Whiskey, Irish tweet tasting was advertised I quickly signed up and was privileged to be selected to participate.

Established in 1999 by husband and wife, Bernard and Rosemary Walsh, Walsh Whiskey is one of the leaders in this Irish whiskey renaissance. It’s exclusively premium, triple-distilled, craft, Irish whiskeys – Writers’ Tears and The Irishman – are critically acclaimed and in high demand worldwide.

The company has built a portfolio of international award winning drinks brands.

I have tasted the majority of these and recommend them because of their quality and distinctive house style, displaying both consistency, innovation  and craftsmanship of the highest order.  They are a product that delivers strongly on the taste, spicy, fruity sometimes floral but always balanced with exceptional cask notes and hidden depth.

Walsh maintain close relationships with both distillers and barrel suppliers combining these elements to produce a banquet of flavour.  The smoothness from the triple distillation and combination of pot still and single malt delivers layer upon layer of aroma and taste sensory excellence.  These are whiskies to sit and contemplate with.  The more money you spend the more depth and complexity but at every price point great whiskey.

In this review I tasted four expressions two Irishman and two from the  Writers Tears brands.

Writers’ Tears Double Oak, is a blend of the two premium whiskey styles aged in two types of wood – American and French Oak, probably Tronçaise. It is triple-distilled, non-chill filtered and bottled at 46% ABV. Made possible by a close collaboration between the Walsh family in Ireland’s County Carlow and the Legaret family in Cognac, France who produce Deau cognac a great, if less well known, brand.

On the nose it is floral, fruity apples and pears, vanilla and sweet well fired pastry. There a sweet vegetal note of possibly sweetcorn.  I often spot this slight vegetal note in Walsh Whiskey which is light, and pleasant.

The palate as always with Walsh delivers great spicing – black pepper and ginger with cinnamon notes, red apples, peaches, milk chocolate lots of tannins a hint of tasty bitter/sour grapefruit at the finish.

Although this is one of their more basic expressions, it is a great starting point to see if you enjoy the house style, which I do, a lot.  There is a lot of spice and oak notes but tasty never overpowering .  The ABV is right and presents the spirit and barrel notes well.

In September 2013 The Irishman 12 Year Old Single Malt was first launched. The Irishman 12 Year Old Single Malt is an exemplar Irish Malt matured in first fill, flame charred Bourbon barrels. Each year Walsh select only a handful of the best barrels, to make ‘the cut’ for the 12 Year Old. Producing a maximum of 6000 bottles each year. Each bottle comes numbered by batch as a mark of quality and is non-chill filtered.  As a very general rule of thumb I guess 300 bottles from a cask. of course both cask sizes and evaporation levels vary. The quality of this whiskey, I believe, means that now to try what is a small batch whiskey but one I anticipate both production and demand rising for in future.

Good fist fill Bourbon always delivers a lot.  It is the perfect partner for this style of whiskey and a good match for 12 years of what tastes like a fast maturation, which is a good thing, imparting lots of flavour!

A lovely nose, I initially get  watercress, orange blossom and pencil shavings.  I have never noticed watercress before but it is that grassy herbal smell I remember from growing cress in a glass at school using seeds and  blotting paper.   The nose develops to deliver sweet bubblegum then  tropical fruit –  mango, banana and almonds.

The palate transitions from light subtle flavours starting with a touch of light honey, cinnamon, stewed apples, caramel, iced sponge. It then transitions to more complex dark notes of  liquorice even a hint of treacle to the rear, stewed tea.  What a  great progression.  I can imagine  any time of year sitting sipping this and just relaxing.

This whiskey delivers a degree of complexity and flavour not often found in a 12 year old.  It is quite light dram but the first fill Bourbon notes deliver real quality and something extra.  In a heavily populated market of quality 12 year old whisky in Scotland, this Irish gem offers something different and is well worth a bottle on your shelf.

Walsh Whiskey has released a very limited edition of Irishman `single Malt Marsala. When I reviewed the standard Copper Pot I gave it a high recommendation because of the balance and complexity between the pot still and single malt elements so I was looking forward to tasting the Marsala expression. The “super-premium” expression of Walsh’s The Irishman brand has no age statement but has been matured in American Oak ex Bourbon casks before being finished for 15 months in Marsala hogshead casks from Sicily.  Getting flavour to layer is a strong feature of Walsh skill set.  If you taste it you will understand what I am attempting to describe.

The nose initially was rather tight, I described it as a slow-burner opening up to reveal vanilla custard, marzipan, apricot, raisins, danish pastry.  The nose was good but restrained, is it hiding a secret?

The house style is there but the Marsala brings it out more and it goes on and on.  I love the progression on these whiskies from the promise of the nose to the execution of the palate which delivers big time and does not hold back but just keeps going.  I could sit quietly with a single dram of this for several hours.

I enjoy cask strength whisky but usually from the more powerful bolder  brands.  What would this lighter smoother Irish whiskey deliver on its high ABV?

Writers’ Tears Cask Strength is at 53% and is one of Ireland’s most unique whiskey. A vatting again of Single Pot Still and Single Malt, this is distilled 3 times and carefully aged in American Oak Casks. Each year Bernard Walsh selects a handful of exceptional casks to make this the benchmark for Super Premium Cask Strength Irish Whiskey.   T

This whiskey has certainly been given the opportunity to be its best.  Let me at it.

On the nose, more Caribbean vibe with  pineapple, coconut, almonds, rich tea biscuits is this another slow burner?  This is a great nose with patience and in this case a teaspoon of water.  The nose makes a promise which…

The palate delivers… so much flavour and balance layered expertly, a real craft whiskey.  Notes of lychee in syrup, cherry cough syrup, ginger, peppercorn, cloves and cinnamon, so many spice notes.   Next arrives the fruit this time mango,  then finishing towards oak, coffee and dark chocolate.  The lightness and complexity holds it own with the ABV and fulfils all of its promise.

Another great whiskey.  Great spirit enhanced by exceptional casks with nothing held back. I loved this.

I enjoy every whisky for what it is individually.  Each was an excellent quite distinctive example of its genre.  Unmistakably Walsh!  A great double cask, a superb 12 year old a wonderful finish and a very highest class cask strength.  If I were choosing for myself… I keep changing my mind but the marsala or the cask strength best sat with my personal preferences.

`share these with friends who have not experienced the wider whiskey world. They will never doubt again the pleasures that wait in store for them.  Samples were provided by Walsh Whiskey , tasting hosted by Steve Rush of @TweetTastings and @TheWhiskeyWire.  To both many thanks for the excellent samples and an enjoyable event, I feel privileged to have attended. 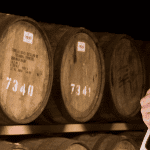 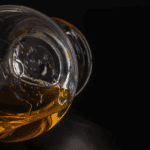 EYE- LA not I LayUncategorized